After managing to get some photographs of the pike at lunch time, I decided that it would be a good idea to take a look at the goose nest and see how many eggs there were still in the nest and if there was any sign of whether the remainder might still hatch.

It's easy enough to walk down the side of the lake, cross the bridge and come back towards the cottages to the point just behind the duck house. It was just a matter of waiting until Mother Goose took time off from the nest. She seemed to do this two or three times a day, during which she'd take a littler swim and feed a little.

When it came to tea break she happened to be off the nest so I grabbed my camera and managed to get my first picture of the nest. 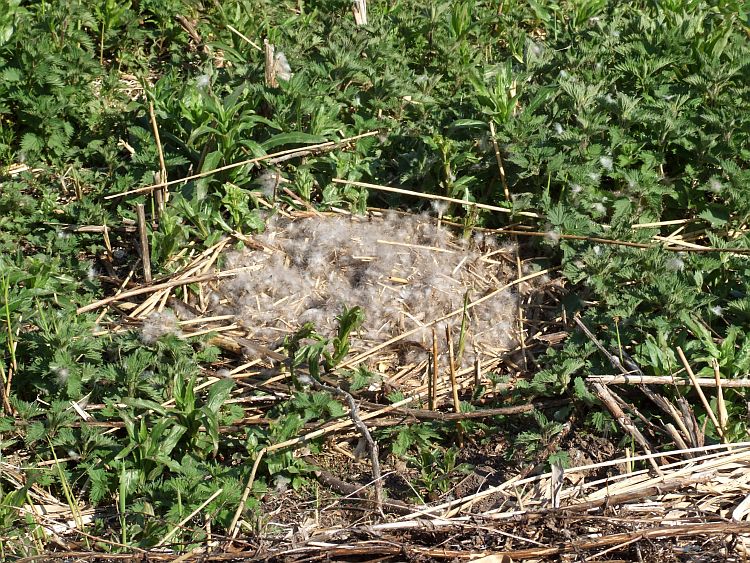 It had never occurred to  me that the eggs would be covered with down, but I suppose it must help both keep the eggs warm while Mum is away and help make the thing a little more comfortable for her to sit on. Of course, with the nest looking that way, I had a problem. I needed to get closer and have a feel about under the down. But at that moment Mummy Goose decided to return to the nest. It was time to call for reinforcements. Builder man, David, volunteered to act as bird scarer and we approached the nest together. 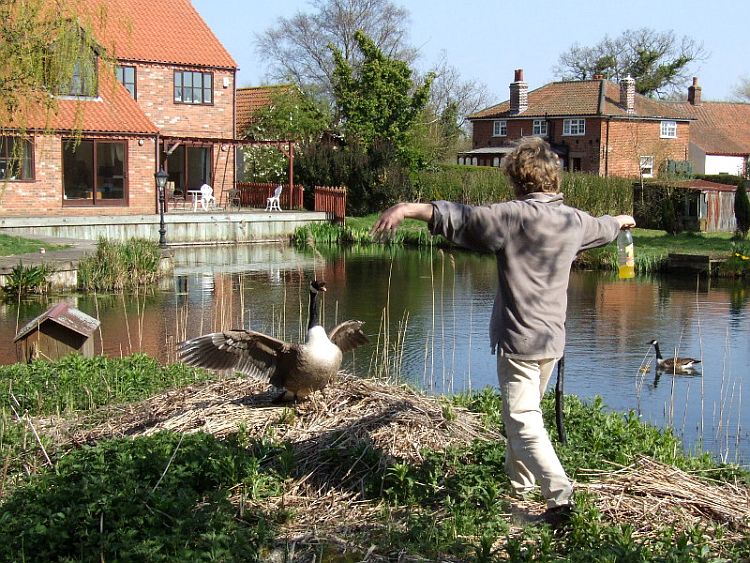 However, Mummy Goose was having none of it, she stood up, climbed to the top of the pile of cut reed between us and her nest, spread her wings, and generally tried to make herself as intimidating as possible. Hearing the commotion, Daddy Goose came alongside, with baby in tow, but having a child to look after kept his distance. In spite of David doing reciprocal manoeuvres the goose was not going to budge, so in the end we both retired defeated. Maybe I'll be able to take a closer look once the geese get fed up and abandon the nest.